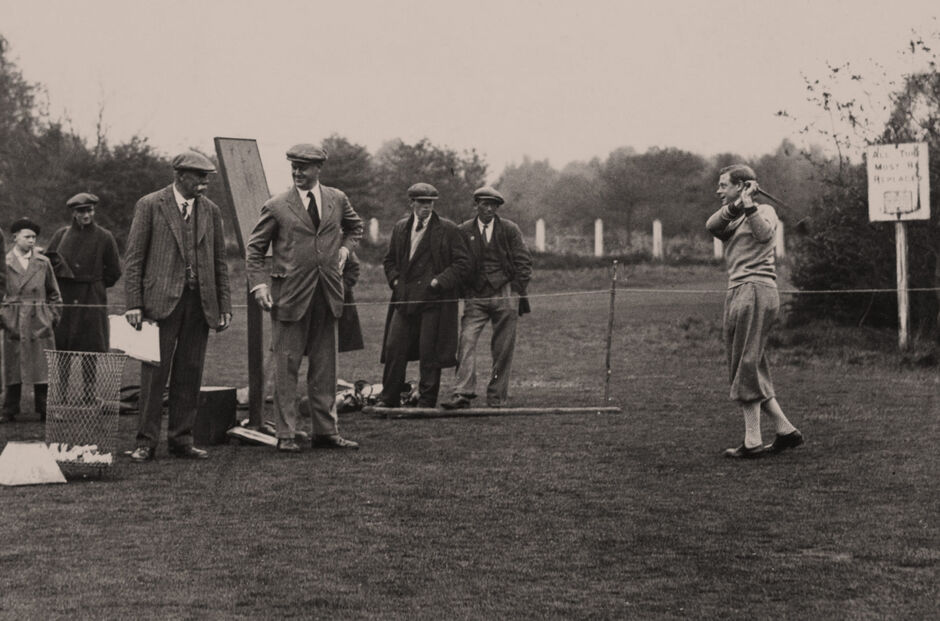 HRH The Prince of Wales tees off, watched by James Braid

The Club was founded in 1903. Walton’s first Captain, HRH the Prince of Wales, was not appointed until 1935. Our Captain became King Edward VIII the following year. Our first Professional, James Braid, won five Opens and stayed for some forty-five years. Winston Churchill played regularly at Walton, which – then as now – became a haven away from the pressures of office.

WALTON HEATH STAGED THE EUROPEAN OPEN IN THE SEVENTIES THROUGH TO THE NINETIES, THE RYDER CUP IN 1981, THE BRITISH LADIES AMATEUR IN 2000, AND THE SENIOR OPEN IN 2011.

U.S. Open Qualifying is now in permanent residence at Walton, as is the Walton Heath Trophy (formerly the South of England Open Amateur Championship.) 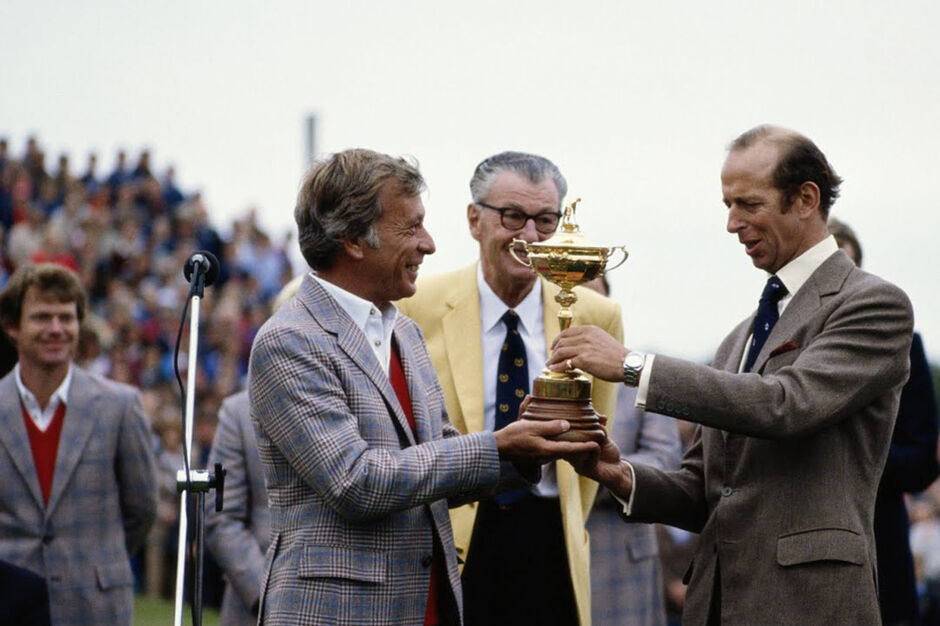 THE DUKE OF KENT PRESENTS THE RYDER CUP TO DAVE MARR, CAPTAIN OF THE 1981 U.S. TEAM

OUR MEMBERSHIP IS AN ECLECTIC GROUP, UNITED BY LOVE OF THE GAME OF GOLF AND APPRECIATION OF ITS SURROUNDING VALUES.

Golf at Walton Heath is played under a big sky on tough heathland courses, sometimes in difficult conditions, always with an uncertain outcome. What we can guarantee, however, is a warm welcome in the clubhouse.