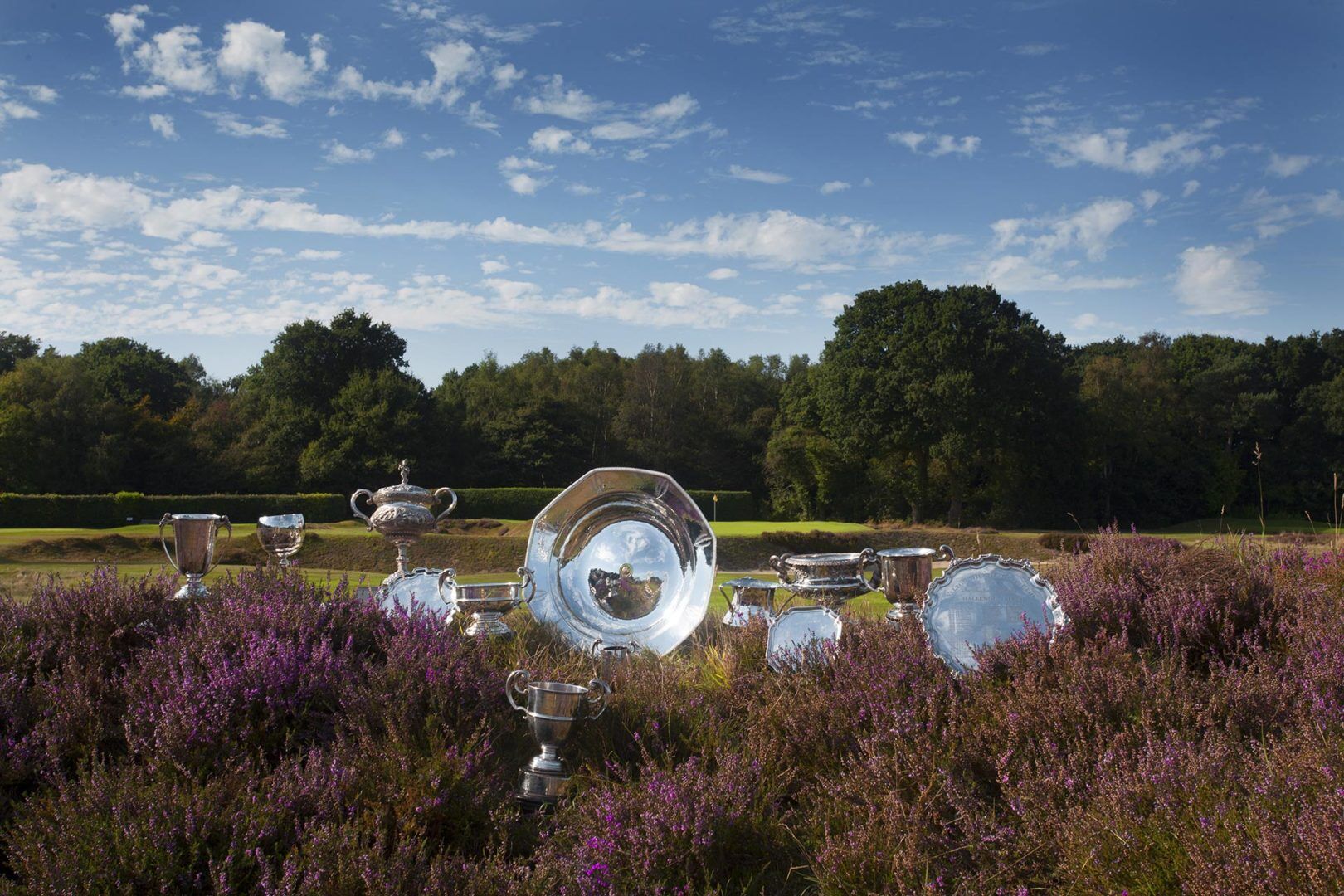 Walton Heath has a long history of high profile professional and amateur tournaments. The Club established the country’s most significant Match Play tournament, hosted the European Open through the seventies and eighties, and arguably the greatest ever U.S. team in the 1981 Ryder Cup. Reports and highlights from these tournaments can be found. Nowadays, the Club’s calendar highlights are the U.S. Open Qualifier and the Walton Heath Trophy (formerly the South of England Open Amateur Championship). 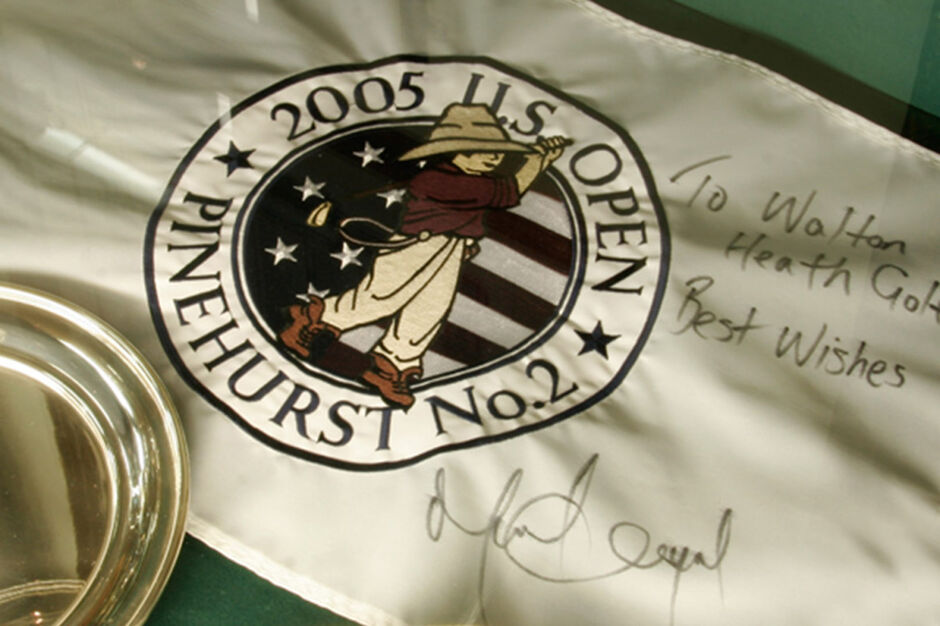 FOR THOSE WHO HAVE NOT ATTENDED BEFORE, THE EVENT IS GOLF WATCHING AT ITS BEST.

Play is over 36 holes on the day, a round on each of the two championship courses, Old and New. There’s no money at stake, but there is the considerable prize of ten or more places at the U.S. Open, encouraging attacking golf. The 2017 tournament saw plenty of that, with 10 players at 10 under or better, after heavy rain on the previous day softened defences. Our own local hero, Amateur David Boote, was eliminated in a play-off for the final place, having shot a scintillating 62 in the first round. Boote will be back. 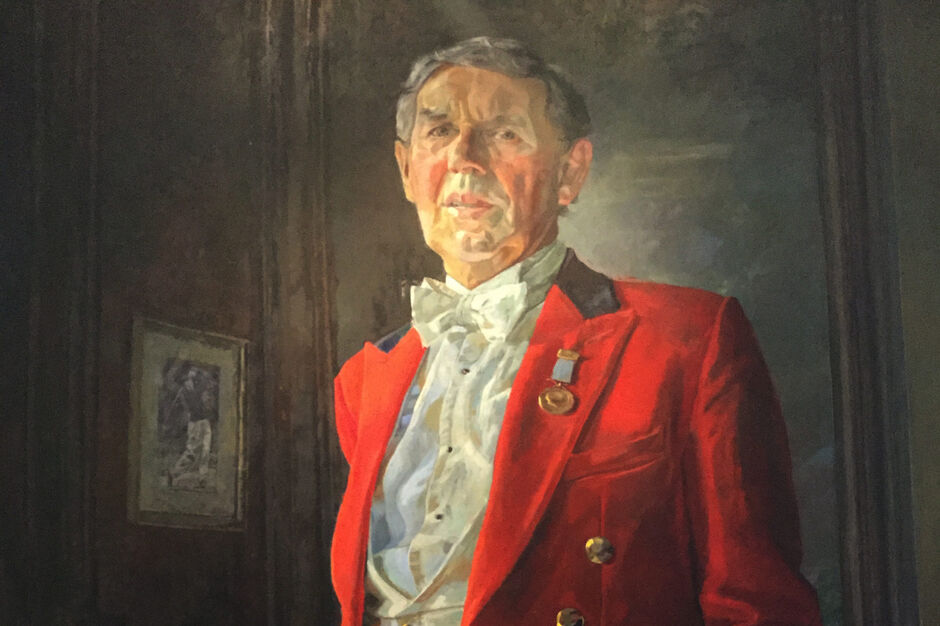 The Championship is a 72-hole Stroke Play event played over both the Old and the New Course. Walton Heath is its permanent home. The Club has commissioned the superb plate you see below. It incorporates an Eisenhower Trophy Gold Medal won by the late Michael Lunt as a member of the Great Britain and Ireland team in 1964. Michael was Captain of Walton Heath Golf Club in 2005, Captain of the Royal & Ancient in 2006, a former British and English Amateur Champion, and one of the finest amateur golfers of his generation.

EVERY YEAR, THIS EVENT ATTRACTS A TOP-CLASS FIELD OF AMATEUR GOLFERS FROM ACROSS THE WORLD. 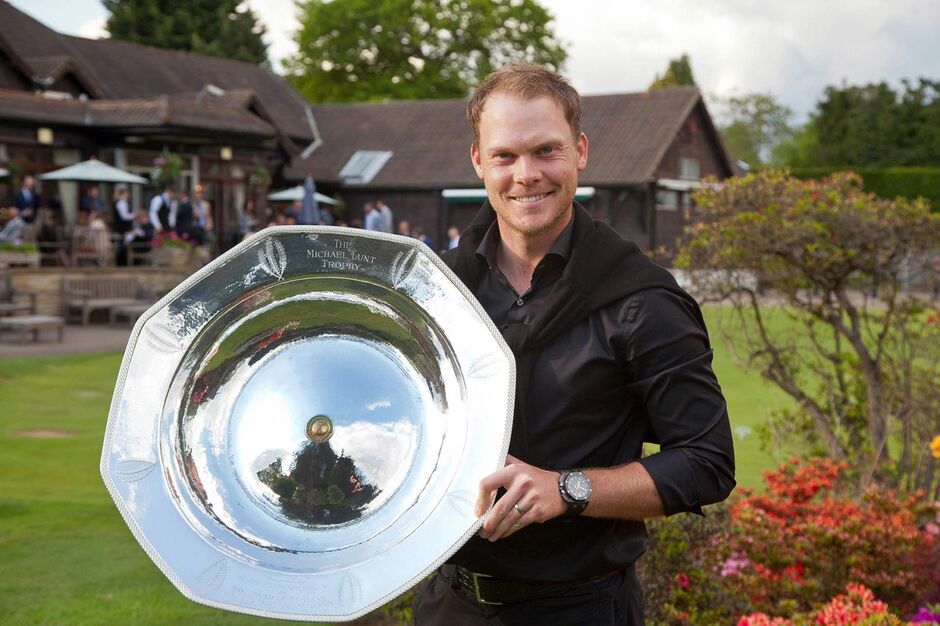 THE QUALITY OF GOLF IN THE HIGHEST ECHELONS OF THE AMATEUR GAME SEEMS INDISTINGUISHABLE FROM THAT OF THE PROFESSIONAL RANKS, SO TO FOLLOW THIS TOURNAMENT IS EQUALLY REWARDING.

You might be watching a future Masters Champion (Danny Willett won SEOAC in 2007), or bastions of the amateur game from Spain, Scotland, and Sweden, but above all you will be watching great golf on courses trodden by champions past and future.

The dates for the 2019 Walton Heath Trophy will be 23rd - 25th July with more details to follow.

We are delighted to announce that following his recent victory at the Walton Heath Trophy, Tom Thurloway, went on to win the  English Amateur Championship held at Formby Golf Club on 5th August.

2018 Tom Thurloway, England (below, with the Trophy) 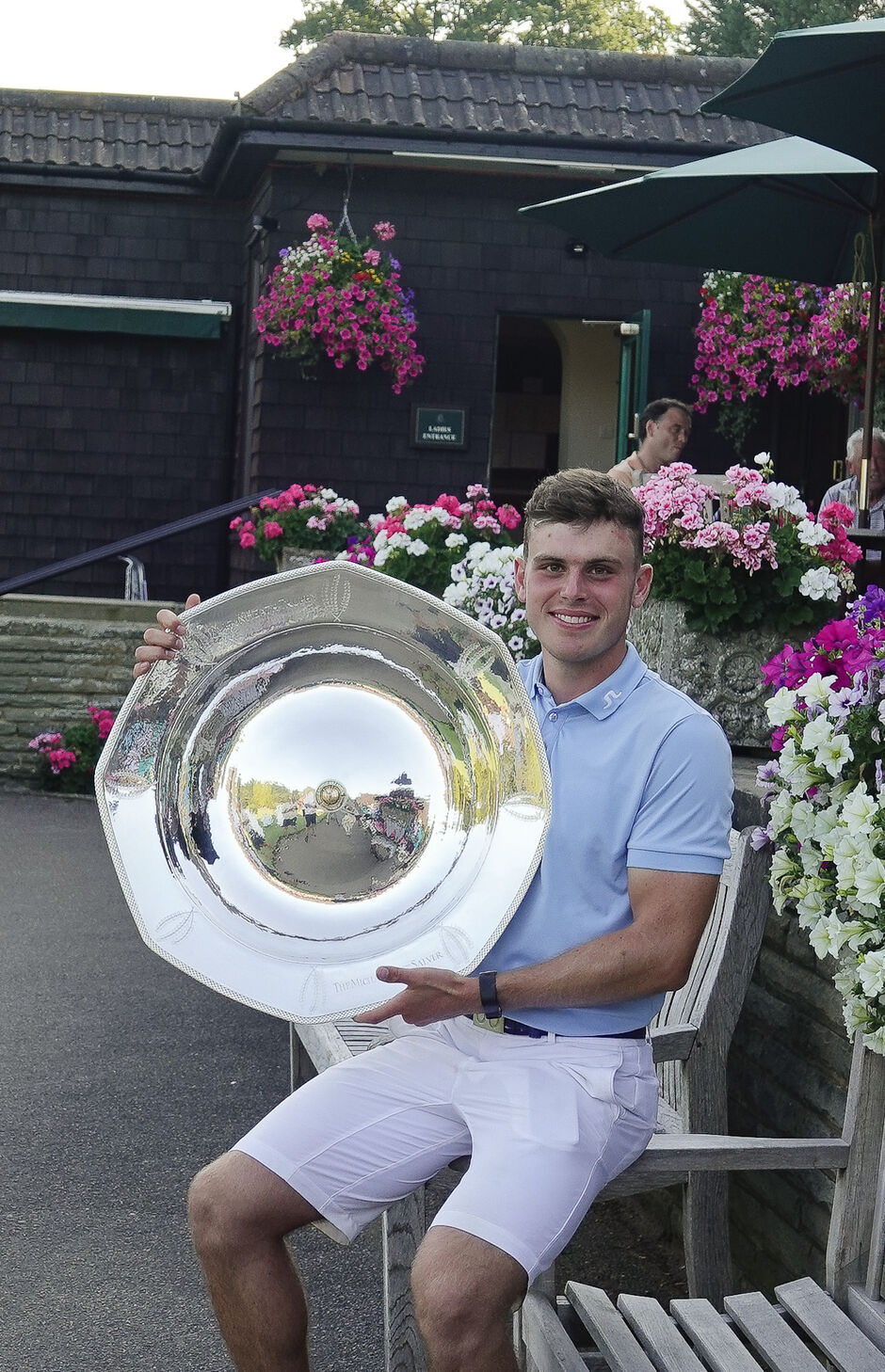 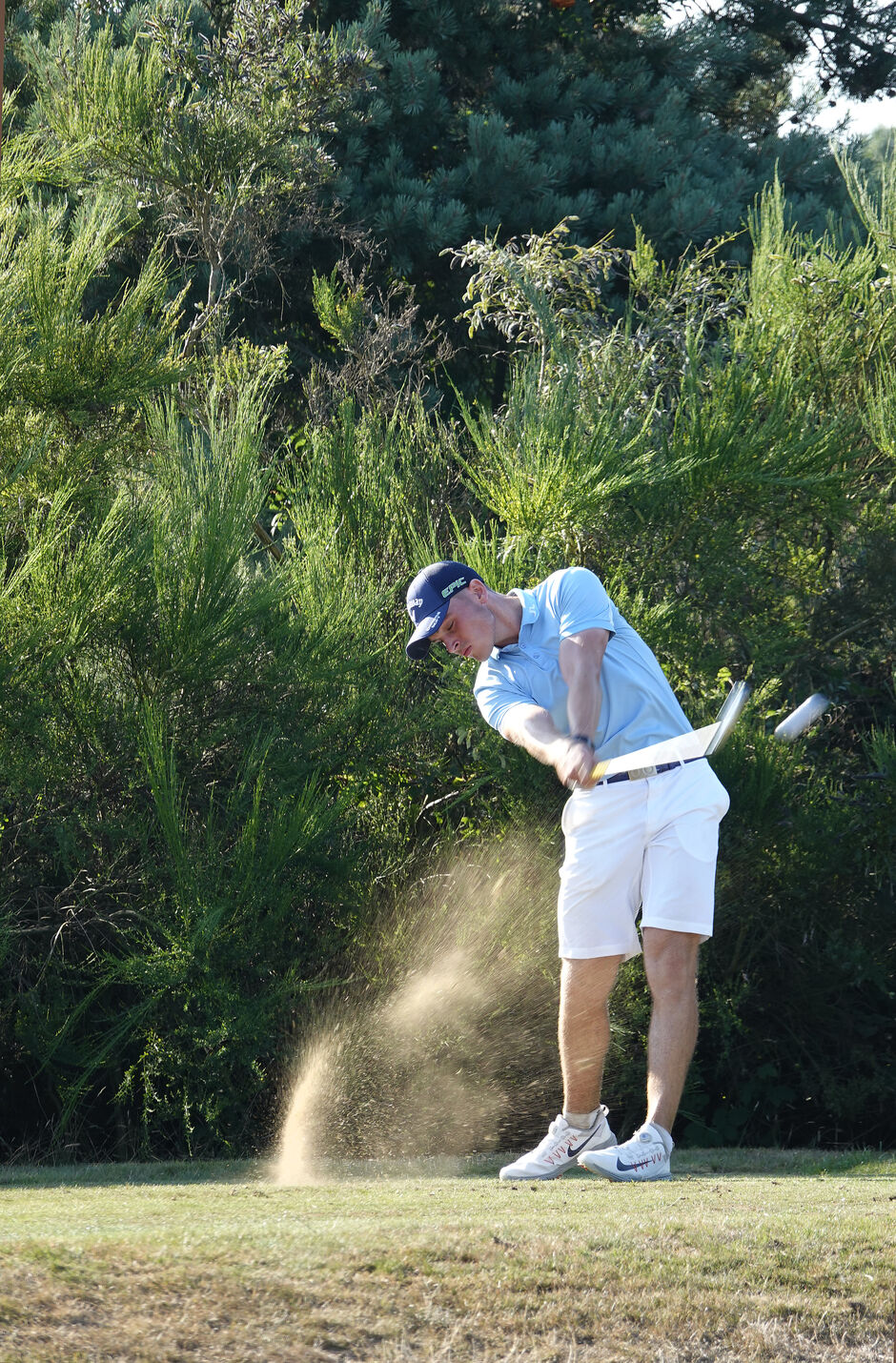 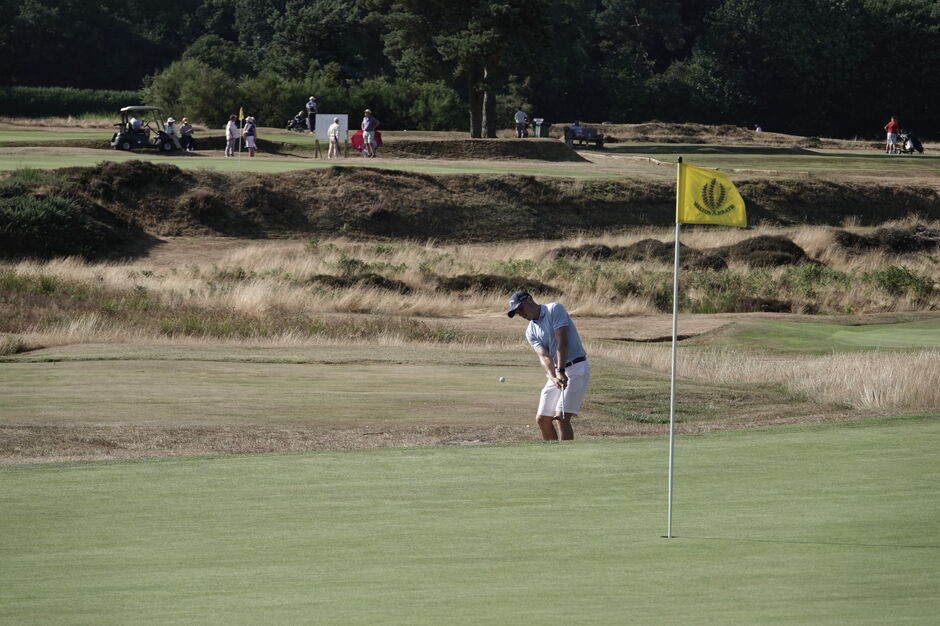 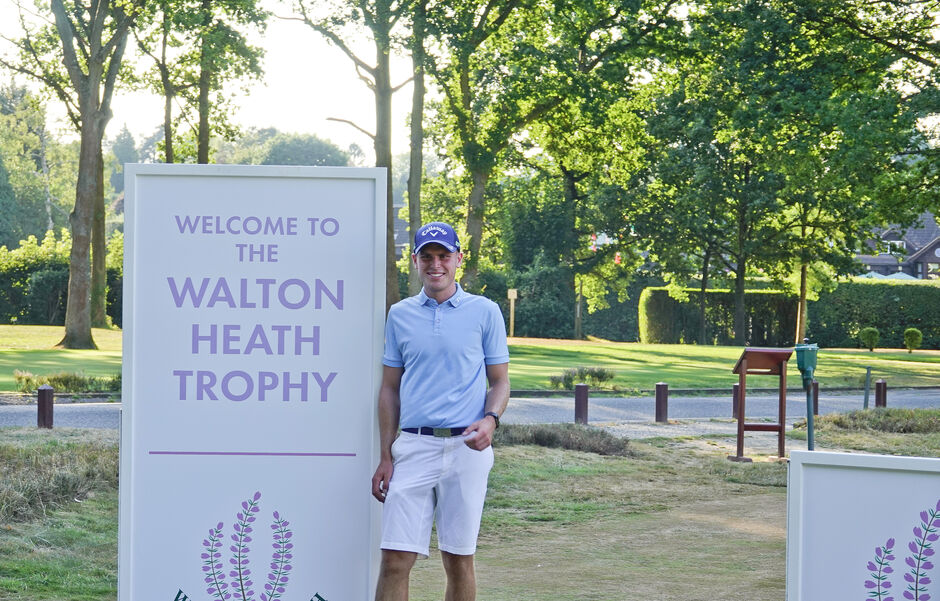